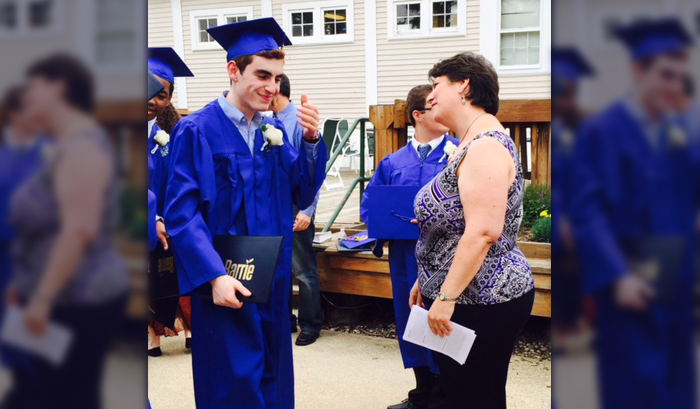 On June 7, 2015, Aidan graduated from high school with honors. His contagious smile expressed his great joy. Proud family and friends were present to support him as he wrote a new chapter in his big book of life.

Graduation in itself is a greater recognition of a graduate’s achievements. Aidan’s diploma had a more distinguished attribute to it. He has grown both intellectually and personally during the two years that he had worked with Aumazo, Inc. As he stated: “Before Aumazo, all I had was a belief. When I first met Jacqueline, I knew that she understood my fundamental belief in education… I learned a lot. Not piecemeal learning, but practical real-world skills that have proven invaluable on multiple occasions.” In realizing his potential, Aidan also made a world of difference in the Aumazo program. His actions and leadership helped create a collaborative partnership between Aumazo and the Barrie School.

Your Gift Sustained Aumazo and Made This Happen

When I introduced Aumazo to the Barrie School, I was looking for ways to raise awareness of our cause and create a lasting working relationship with a local school. The Advanced Placement (AP) teacher of French Language and Culture saw an opportunity to enhance her students’ language skills and decided to work with Aumazo. Aidan was one of the three students in the class who showed leadership, enthusiasm and passion for our cause from the start.

In my wildest dreams, I would have never imagined that the program designed to change girls’ lives in rural communities in Cameroon would have made a difference in student’s lives in the United States. However, the educational component of the Aumazo program helped Aidan and his classmates achieve learning. As he put it: “I learned that some things really aren’t as difficult as they seem, and others really are. I learned that what you make for yourself isn’t as important as what you have done for others.” 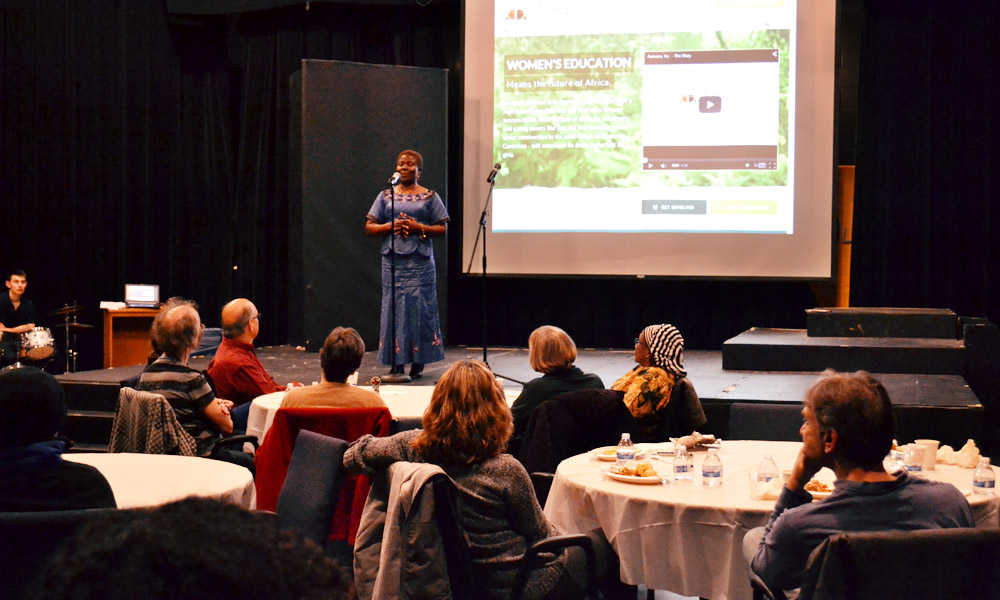 Our collaborative relationship tried to become a mutually beneficial experience for both Aumazo and the students. They found a new purpose in learning. Aidan said: “I learned how to read and edit contracts.” His forward thinking resulted in creating a Memorandum of Understanding (MoU) that sealed a partnership between the Barrie School and Aumazo. He also “learned how to plan an event.” He planned and coordinated a successful fundraising gala and an anniversary party with his classmates to raise funds for Aumazo. To generate more support, he made a promotional video to tell Aumazo’s story and get the attention of a wider audience.

Your gift really makes wonderful magical sense. Stories like Aidan’s are examples of success stories in Aumazo’s toolbox. In his words “I learned a lot” is worth every penny that you have donated to Aumazo. Your gift advances Aumazo’s mission and strengthens its vision. Along the way, you are creating a cross-cultural experiential learning opportunity for students in the United States and building a promising future for girls in rural Cameroon.

The skills that Aidan and his classmates in the AP French class at the Barrie School acquired through our collaborative efforts are very important and even more relevant to the globalized world that we live in today.

Thank you for bridging the divide with your continued support of AUMAZO, INC.